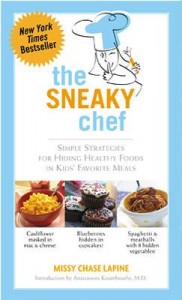 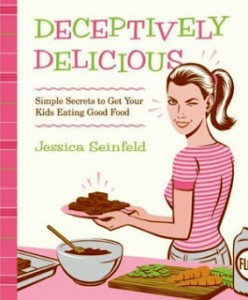 The U.S. Court of Appeals for the Second Circuit has ended the food feud between two cookbook authors. Missy Lapine sought damages for copyright and trademark infringement from Jessica Seinfeld, comedian Jerry Seinfeld’s wife. Lapine alleged Seinfeld stole her solution for getting children to eat their fruits and vegetables and her book’s trademark, a winking chef.

Lapine included the idea to puree fruits and vegetables and hide them from children in their everyday foods in her book, The Sneaky Chef. A winking chef is featured on the cover. The guide was published in April of 2007.

Seinfeld’s book, Deceptively Delicious, was published in October of 2007. Her guide shared the same basic concept of Lapine’s by providing recipes that concealed fruits and vegetables in kid’s dishes. Her book cover also displayed a winking chef. Oprah invited Seinfeld on the show to explain the cuisine philosophies encompassed in her book.

Lapine filed a lawsuit against Seinfeld in January of 2008.The District Court of New York ruled in favor of the defendant, Seinfeld.The court asserted that Lapine’s concept was not exactly novel and maintained that an idea is not protected by copyright.As for the trademark, the court held that the cover drawing of the winking chef on each book appeared amply different and distinctive and readers would not confuse the two.The Court went on to examine the content, design and arrangement of the books.They judged that Lapine’s book focused more on the texts and explanations while Seinfeld’s contained more visual and graphic elements to aid the text. The plaintiff appealed the decision and the case went to the Second Circuit, where the ruling of the lower court was affirmed and the complaints were thrown out.

I concur with both the decision and dicta of the two courts.Copyright does not protect ideas and Lapine’s concept is not an exception to this rule.Lapine cannot simply claim ownership over the puree idea.In addition, after evaluating the covers myself, I also found them to be very unlike one another.It would be difficult for readers to confuse them.Thus, while Lapine may have been able to prove that Seinfeld got a hold of her work, she did not show that the two books were considerably alike.Without the satisfaction of these two requirements, one cannot win a copyright infringement case..

The free flowing of ideas has always been an integral component of American society.Allowing for the copyright of ideas would significantly obstruct the free marketplace of ideas.While Lapine may be after damages, I believe another intention (if not her main intention) was to generate publicity and consequently greater sales for her own book.She is also currently involved in a lawsuit against Jerry Seinfeld for defamation.On the Late Show with David Letterman Seinfeld referred to Lapine as, “a nut job,” “a wacko” and “hysterical.”The outcome of this case is pending.

A preview of The Sneaky Chef can be found online at http://books.google.com/books?id=OLTPuzhIzFYC&pg=PA252&dq=sneaky+chef+vs+deceptively+delicious&hl=en&ei=ITTZS9zLJISBlAfVotnRAQ&sa=X&oi=book_result&ct=result&resnum=1&ved=0CDoQ6AEwAA#v=onepage&q&f=false

So what does this court decision have to do with anything? Well a couple of weeks ago we covered the copyright infringement of file sharing services. Although many cases involving the Recording Industry Association America (RIAA) were discussed in class, there was one P2P service that wasn’t mentioned. It’s one that I consider to be one of the most popular file sharing services, LimeWire. We’ve all either used it or at least heard of it; but how has a peer-to-peer giant such as LimeWire continue to run? Has this service found a way to escape copyright infringement? Well, it has an interesting case.

Like other P2P services such as Bearshare and WinMx, LimeWire received the “cease and desist” letters in 2005 from the RIAA asking it to “…immediately cease-and-desist from enabling and inducing the infringement of RIAA member sound recordings”. Unlike Bearshare and WinMx, LimeWire didn’t cease or desist, it instead put word out that it would install a copyright filter to block illegal files. As time passed, new user friendly features surfaced but no copyright filter. Then the RIAA sued.

In 2006, The RIAA sued Lime Group, LLC (the company that LimeWire belongs to), LimeWire, LLC, the CEO Mark Gorton and the CTO Greg Bildson. For the first since MGM studios v. Grokster, the RIAA also sued for “inducing direct infringement”. Meaning, LimeWire was sued for encouraging its users to share or download illegal files. The file sharing service was also sued for vicarious infringement and common law infringement.

LimeWire continued to set itself apart, as it wasn’t going down without a fight. First, LimeWire tried to reason with the RIAA and become a licensed music service but the RIAA declined and suggested that it use a filtering service approved by the record labels, or join forces with the P2P file sharing service iMesh. LimeWire didn’t like either suggestion so in 2006 LimeWire’s CEO and CTO filed a countersuit against the RIAA inArista Records LLC v. Lime Group LLC. 532 F. Supp. 2d 556. (S.D.N.Y 2007). They claimed that the record industry group “conspired to restrain trade and monopolize the market for the distribution of copyrighted sound recordings over the internet” In other words, LimeWire was accusing the RIAA of trying to put them out of business. The P2P giant also denied the RIAA’s allegations against them in the counterclaim.

Unfortunately, LimeWire accusations against the RIAA didn’t hold weight, as U.S. District Judge Gerard E. Lynch in New York tossed out the counterclaim in December 2007 and disallowed the case to continue in state court. He said that LimeWire failed to prove that the RIAA had any ulterior motives aimed at putting them out of business, and that the RIAA’s actions were “independent decisions”.

With the counterclaim out the window, attention turned back towards the first lawsuit against LimeWire. As of now, this is case is still pending but LimeWire has added some disclaimer information to it’s website. In fact it has a copyright page that gives users warnings about “downloading unlawful material” and notifies them about the repercussions of taking part in copyright infringement. There is also an interesting line that says “LimeWire is not responsible for the content on the P2P network and does not monitor it”.

Perhaps, the disclaimer will work in LimeWire’s favor when a decision is finally made by the court. However, the file sharing service’s refusal to give up their assets to the RIAA and their decision to countersue them was bold and should be appreciated. Yes, it didn’t work out for LimeWire in court but at least they tried. If anything, it was a smart move as they’ve bought themselves more time and if you haven’t noticed LimeWire is still up and running!

This 2nd Circuit case involves a dispute that arose between plaintiff (Peter F. Gaito Architecture) and defendant (Simone Development Corp). Gaito pulled his designs and involvement out of a project called the “Church Street Project” in New York. The defendant decided to go ahead with the plans and the plaintiff believed that the “new” plans were too similar to his own. Rather than answering the complaint and seeking summary judgment, the defendant asked the court to dismiss the complaint immediately on the theory that there were not enough similarities between the two sets of plans.

This is a very recent decision by the 2nd Circuit Court of Appeals, in order to cut costs for defendants and dismiss cases when there is no “substantial similarity”. The interesting part of this case is that there are significant similarities. The plaintiff was creating a high-rise residential tower with shopping structures at the bottom of it. It included a water structure, a park, parking for residential and commercial tenants etc. These were also included in the “new” plan, and the spots in which they were to be built were also the same.

The court decided that there are so many high-rise residential spots with very similar structure and basically the same ideas that the plaintiff had in his copyrighted plans. Therefore, although the plans were very similar, based on other high-rise residencies, similarities that show between all of them cannot count toward the case. They believed the plans as a whole were substantially different and that there were no significant similarities for the court to decide upon.

In my opinion, this is a huge breakthrough because copyright infringment cases can be crushed before they even have the time to be processed through the court. A minor worry about this decision is that many more “frivolous” requests for dismissal will be made in many copyright cases and can delay court processes that need to take place. Defendants will learn to abuse this dismissal request just like all of the others in order to delay court dates and crush weak apponents in a battle of money.

Here is the case:
http://iplawwatch.foxrothschild.com/uploads/file/int4B.PDF

Here is an article I found about the case:
http://iplawwatch.foxrothschild.com/2010/04/articles/copyrights/a-faster-end-to-frivolous-copyright-infringement-cases/