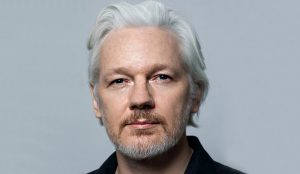 In 2006, the world was introduced to classified government information leaked by a source called “WikiLeaks,” producing what officials say is the largest compromise of classified information in the history of the United States. The public was invited beyond the walls of the government’s national security system, revealing corrupt matters ranging from stolen emails to top secret war documents, and far beyond. Julian Assange: Six of WikiLeaks’ most memorable revelations

WikiLeaks was created by Julian Assange in order to reach his goal “to bring important news and information to the public” WikiLeaks, and he has been doing just that since 2006. However, Assange was arrested on April 11, 2019 to face a charge of “conspiring to hack into a Pentagon computer network in 2010” with the help of Chelsea Manning, former army intelligence analyst. The New York Times. While some consider Assange a hero that is advocating for government transparency and freedom of the press, government officials and many others feel that what Assange released put the United State’s national security at risk.

Journalism has changed drastically throughout the years; someone no longer needs to be employed by a local or major newspaper or broadcasting network in order to hold that title. With social media, people can provide journalistic content to a wide span of viewers at the click of a mouse, or the tap of a screen. The close analysis of the Espionage Act, the First Amendment rights of Julian Assange, along with taking the alleged conspiring between Assange and Manning into consideration, all combine to make a case that challenges current views and laws on journalism. The outcome of this case frightens American investigative journalists who write about national security matters and threatens to take away a part of the First Amendment right that many legal scholars and Americans believe is crucial. The combination of these aspects will decide whether Assange should go to prison or not.

In April 2019, the U.S.Department of Justice revealed an indictment against Julian Assange. Chelsea Manning, formerly known as Bradley Manning, held a “Top Secret” security clearance, and “signed a classified information nondisclosure agreement, acknowledging that the unauthorized disclosure…of classified information could cause irreparable injury to the United States or be used to the advantage of a foreign nation” Indictment- USA Today. The Espionage Act makes it a crime for anyone to “knowingly and willfully communicate, furnish, transmit, or otherwise make available to an unauthorized person” information that would infringe upon the safety of the United States, or give benefit to any foreign government.” Espionage Act of 1917 § 798. The First Amendment protects the right to freedom of religion and freedom of speech, so sometimes there are constitutional conflicts. Journalists are completely protected by the First Amendment, and they cannot be punished for publishing information that was obtained illegally, as long as the journalist himself/herself did not do anything illegal. A majority of people think that prohibiting the publishing of classified information is against the First Amendment, and if laws are made that do contravene freedom of the press, some say that ‘Pandora’s Box’ will be opened, leading to investigative journalists that write about national security matters possibly being out of work.

New York Times Co. v United States New York Times Co. v United States 403 U.S. 713 is a case being used in with Assange. ‘The Pentagon Papers’, revealed classified information about the Vietnam War and was released to the New York Times and Washington Post. The information was posted on the front page of The New York Times, in 1971. The case outright defended the journalist’s right to freedom of the press, stating “The Founding Fathers gave the free press the protection it must have to fulfill its essential role in our democracy. The press was to serve the governed, not the governors….the newspapers nobly did precisely that which the Founders hoped and trusted they would do.” (Paragraph 9 Westlaw). The difference between these two cases is that The New York Times was not accused of conspiring illegally to get the information that it published.

In Bartnicki v Vopper 403 US 713 (1971), an unknown person intercepted and recorded a phone call discussion between the chief union negotiator and the union president during negotiations regarding a school board. After the conversation ended, a radio station played the tape. In a 6-3 decision, the United States Court of Appeals for the Third Circuit concluded that the First Amendment protects disclosure of classified information as long as the person that disclosed it was not part of the illegal interception.

In order for Julian Assange to be able to go to jail, under current laws, there needs to be proof that he conspired to do something illegal in order to obtain the classified information. The indictment states that “On or about March 8, 2010, Assange agreed to assist Manning in cracking a password stored on the U.S. Department of Defense computers connected to the Secret Internet Protocol Network.” Assange and Manning allegedly used “Jabber” online chat service to collaborate on cracking the password in order for Manning to get the files. The indictment also states that “Assange indicated that he had been trying to crack the password by stating that he “had no luck so far.” The prosecution will no doubt use these exchanges between Assange and Manning as proof that Assange was not just a passive receiver of the illegally leaked information, but took affirmative steps to obtain it. Indictment- USA Today.

According to the opinions of legal scholars, it will be incredibly hard for the Court to override the First Amendment in regard to prior restraint of classified information. Prior restraint is when the government prevents or bans publication from occurring in the first place, or prevents distribution of the printed product, rather than punish the publisher by criminal sanctions after the fact. If the distribution of information will inflict harm on the national security of the United States, that reasoning might be constituted as one of the “exceptional cases referred to in the New York Times v United States case of the Pentagon Papers. In the legal opinion The Use of Prior Restrains on Publication in the Age of Wikileaks, CJ Griffin and Frank Corrado state that “Given the absence of any recent Supreme Court precedent on prior restraints where national security issues are at stake, and given the Trump administration’s proclaimed anger against the media’s use of anonymous sources sharing leaked confidential information, it is plausible that the government may seek prior restraints against WikiLeaks or other media agencies” (Page 17). Since there is alleged proof of text messages between Chelsea Manning and Julian Assange conspiring to break into classified government systems, Julian Assange’s arrest is justified in the eyes of some legal scholars, according to the law.

Griffin, C. J. .., and Frank2 Corrado. “The Use of Prior Restraints on Publication in the Age of