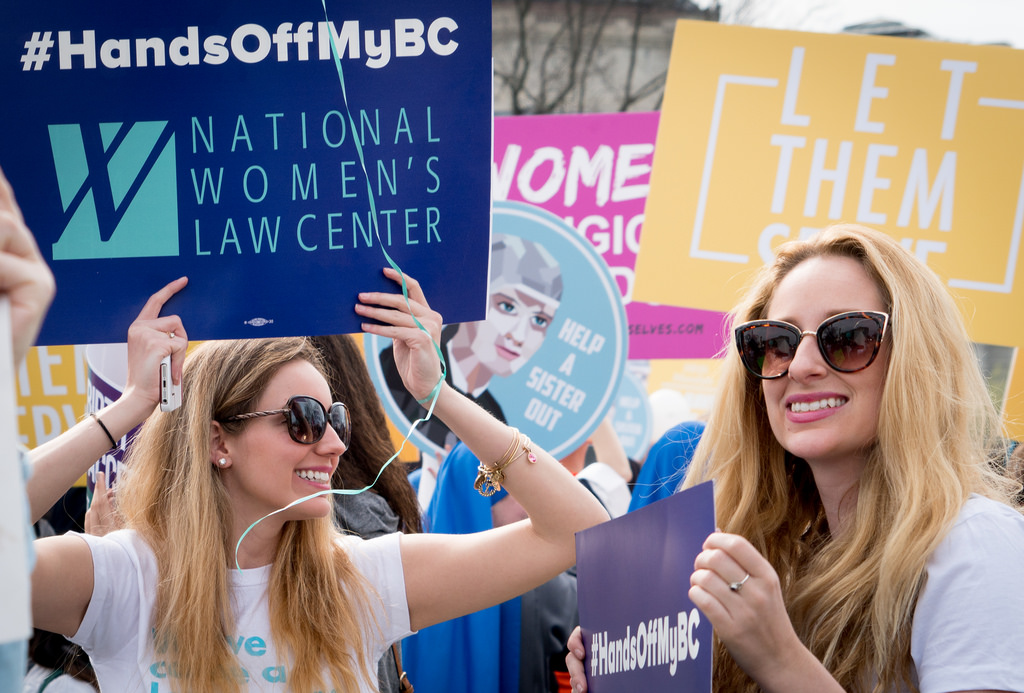 By Greg Frank and John Cole

There have been several court cases regarding the right of private employers to restrict the freedom of expression of their employees. The primary piece of legislation referenced in cases concerning this issue is Title VII of the Civil Rights Act of 1964.

Title VII of the Civil Rights Act of the 1964 states, “to enforce the constitutional right to vote, to confer jurisdiction upon the district courts of the United States to provide injunctive relief against discrimination in public accommodations, to authorize the Attorney General to institute suits to protect constitutional rights in public facilities and public education, to extend the Commission on Civil Rights, to prevent discrimination in federally assisted programs, to establish a Commission on Equal Employment Opportunity, and for other purposes.” This law prohibits the mistreatment of applicants or employees based on religious beliefs, allowing employees to be subjected to various forms of harassment due to religious views, denying reasonable employee accommodation, and the retaliation on behalf of the employer against any employee who participates in protected activity (Liptak). Even with the current law in place for 52 years, there are still cases to this day that require the interpretation of Title VII of the Civil Rights Act of 1964.

There have been some recent examples of this issue being called into question in court. At the end of March this year arguments were heard in the Zubik v. Burwell case. This was a case with seven petitioners, including Pittsburgh Bishop David Zubik and the Little Sisters of the Poor. The respondent in this case was United States Secretary of Health and Human Services, Sylvia Burwell. The clergy are objecting to a rule from the Department of Health and Human Services that states they must provide employees with free contraception or notify the government and have their employees’ health insurance plans provide independent coverage. This case, and other recent ones, deal specifically with freedom of religious expression. The passing of justice Antonin Scalia will complicate this case as the eight-justice panel could be split 4-4 on the issue after Scalia voted in favor of Hobby Lobby in the Burwell vs. Hobby Lobby Supreme Court case which was decided by a 5-4 majority.

The Burwell v. Hobby Lobby case established that for-profit corporations have the ability to opt-out of contraception coverage established in the Affordable Care Act  for religious reasons (Hobby Lobby Case). In Zubik v. Burwell, the plaintiffs are attempting to expand the religious freedom of the corporations which they believe is restricted by a two-page form that employers must fill out explaining their reasoning behind opting out (Banett). The plaintiffs believe employers should not have to fill out the two-page form which exempts them from providing the contraceptive coverage. Despite the issue of religious freedom in compliance with the Affordable Care Act having largely been settled in the Hobby Lobby case, this attempt to expand upon the Hobby Lobby decision is what has the Supreme Court listening to the case.

The Affordable Care Act  was signed into law by President Obama in 2010 and upheld by the Supreme Court in 2012. One of the key mandates in the ACA is that it requires companies to pay for insurance coverage for contraception for their employees. Hobby Lobby, which is a family owned company that specializes in arts and crafts based out of Oklahoma City, Oklahoma, argued that the store should not have to provide contraception coverage to their female employees arguing that the law infringes upon their religious liberty. In September of 2012, Hobby Lobby filed a suit in the U.S. District Court over the ACA’s mandate to provide “four specific potentially life-terminating drugs and devices” (Hobby Lobby Case). In November of 2013, Burwell v Hobby Lobby was taken up by the U.S. Supreme Court in regards to corporations having to provide contraception for their employees despite the employer’s religious beliefs. In a 5-4 vote on June 30, 2014 in the Supreme Court ruled, “the contraceptive mandate, as applied to closely held corporations, violates the Religious Freedom Restoration Act of 1993. Our decision on that statutory question makes it unnecessary to reach the First Amendment claim raised by Conestoga and the Hahns.” (Supreme Court).  As a result, Hobby Lobby does not have to adhere to the Affordable Care Act mandate to supply employees with contraceptive coverage because Hobby Lobby believed that providing the coverage was interfering with the religious practices of its employees (Religious Freedom Restoration Act of 1993).

Another recent case that dealt with religious freedom and employers was EEOC v Abercrombie & Fitch. In 2008, Samantha Elauf at the age of 17, applied for a job at an Abercrombie & Fitch Store at the Woodland Hills Mall in Tulsa, Oklahoma. Elauf, a practicing Muslim, wore a black hijab to the interview, but did not tell her employer why she was wearing the headscarf. Elauf was ultimately not hired because the company claimed her headscarf broke the store’s dress code or “look policy.” After Elauf was denied employment with this Abercrombie & Fitch store, she filed a claim with the Equal Employment Opportunity Commission (EEOC) that she was denied employment based on religious discrimination. The EEOC then filed a suit against Abercrombie & Fitch on the basis that they denied her employment based on religious discrimination and failing to accommodate her religious beliefs by denying her to wear a hijab. Abercrombie argued that it was up to the potential employee (Elauf) to request for accommodation. This case was first heard by the District Court and “granted summary judgement on liability to EEOC” after deciding with the established evidence that Abercrombie was on notice of Elauf’s faith when she showed up to the interview with a hijab and denying her employment was religious discrimination (EEOC). Abercrombie appealed this decision and the case was then taken to the U.S. Court of Appeals for the 10th Circuit. The Tenth Circuit Court sided with Abercrombie & Fitch ruling that the employer was not given sufficient notice of Elauf’s religious beliefs when she interviewed with her hijab and that this would cause a contradiction with the store’s dress code. The case then was heard by the U.S. Supreme Court after the Tenth Circuit ruled in favor of Abercrombie & Fitch. In an 8-1 decision, on June 1, 2015, the U.S. Supreme Court sided with the EEOC over Abercrombie & Fitch. Justice Antonin Scalia stated, “Title VII forbids adverse employment decisions made with a forbidden motive.” and continued on this point during his writing that, “An employer may not make an applicant’s religious practice, confirmed or otherwise, a factor in employment decisions.” (New York Times) (Supreme Court).

In conclusion, private employers and companies have religious freedom by being able to deny the mandate in the ACA which states they must provide for contraceptive coverage, but employers do not have the right to use someone’s religious practice to determine whether they are capable of working at their company. However, with the Zubik v Burwell case ongoing, the degree to which employers have the right to provide employees with religious freedom is uncertain.