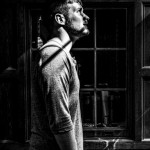 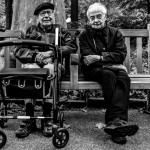 Elderly Couple by Sarah Thompson. During the afternoon of Tuesday, October 8th, 2013 elderly sweethearts who met attending a concert at the Robin Hood Dell and married in 1952 enjoy the gorgeous day in Rittenhouse Square. Bernie, 87, and Selma Cohen, 83, continue to celebrate 63 wonderful years together. 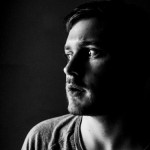 Classmate by Sarah Thompson. In the early afternoon of Thursday, October 8h, 2013, Harrison Tyson Brink, a 19 year-old journalism major at Temple University talks about his high school experiences that brought him to where he is today. 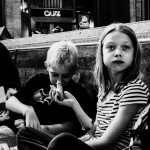 Relatives by Jannah Abdul-Aziz. New Jersey natives Rachel, 9, and her brother Alex, 6, wait for their train to Altoona, PA, in Philadelphia’s 30th Street Station with their mother, Libby, 38, to attend a relatives funeral during the mid-afternoon of October 8, 2013. 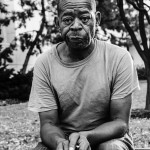 Senior Person by Jannah Abdul-Aziz. Clarence Stewart, 68, sits and waits on a bench on Temple University’s campus for passerby’s to inquire as to whether they are will to spare any change so that he can purchase his morning coffee, in Philadelphia, during the morning of October 8, 2013. 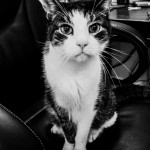 Animal Portrait by by Jannah Abdul-Aziz. Willy looks curiously around her owner’s apartment while sitting in her owner’s desk char in Philadelphia during the afternoon of October 5, 2013. 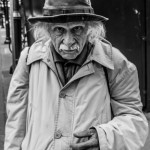 Portrait by Phillip Mariani. Robert is a retired professor of applied linguistics, having taught and researched extensively in Africa and Asia. 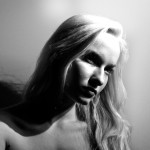 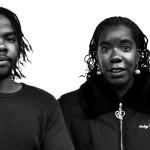 Relatives by Matthew Leister. Clarice Brooks, 47, a school crossing guard, stands with her son, Dakota Sharp, 21 in a family portrait. 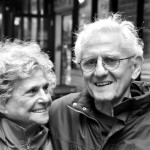 Senior People by Matthew Leister. Jerry and Sassy Russakoff, both 82, met at Temple University on the first day of school their freshman year in 1949. They have been together ever since. 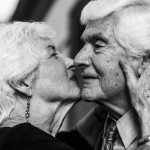 Senior People by Weimei Sun. Kathleen, 70, and her first boyfriend David, 84, just came back from their long travel in Florida. She is a middle school teacher and David was working for a big computer company before he retired 20 years ago They met each other one year ago and decided to accompany one another for the rest of their lives. Shot on October 6, 2013 in the New Brunswick train station. 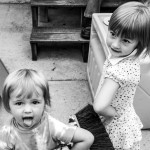 Relatives by Hunter Fox. Alice Sickler, 4, and Emma Sickler, 2, play in their backyard in Philadelphia, PA, on Saturday October 5, 2013. They are the daughters of Mr. and Mrs. Bill Sickler. 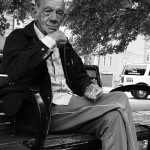 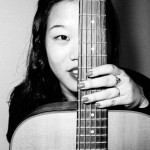 Self-Portrait by Ashley Kim. Ashley Kim, a 20-year-old junior studying public relations and theatre at Temple University exudes her love of music by posing with her acoustic guitar the evening of October 9, 2013. 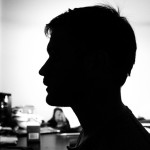 Self-Portrait by Harrison Brink. Harrison Brink, 19, is a sophomore journalism major at Temple University. He enjoys long walks on the beach. 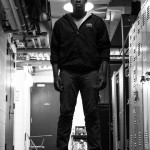 Classmate by Ed Newton. Isaiah Gaymon, 22, is currently enrolled in the media studies and production program at Temple University in Philadelphia. He aspires to pursue a career in fashion publishing. Photographed in the basement of the University’s Annenberg Hall on October 10,2013. 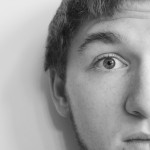 Self-Portrait by Matt McGraw. Matt McGraw, a 19-year-old Journalism major at Temple University takes a photo of… himself. Self-portraits bring out the best in people.