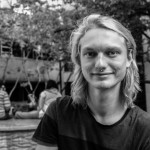 Question of the Day by Edward Newton. Quality: “We’re moving forward and expanding, but we’re not working on the quality of our learning,” says Temple film student Davis Thal on Liacouras Walk on Monday, September 30, 2013. 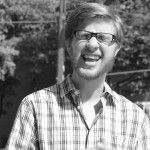 Question of the Day by Aja Espinosa. Reputation: Peter Cason, junior Music Theory major, says Temple’s greatest challenge is over coming the reputation of being a commuter school in a tough neighborhood. 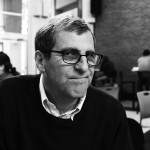 Question of the Day by Susan Dong. Expedite: Gerry Senker, 63, a journalism major at Temple University says, “I think that Temple should do everything in its power to expedite the process of making Temple Town a community people will want to move to even if they aren’t enrolled at Temple.” 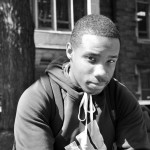 Question by Yuxuan Jia. Tuition: A Temple University student says the greatest challenge is tuition because the tuition is too high and is not good for everyone on September 30, 2013. 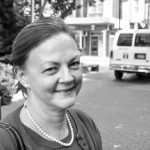 Question by Matthew Leister. Affordable: Tara Duey, Director of the Development Arts for Temple University, said on Monday that the greatest challenge facing the school is, “keeping it affordable.” 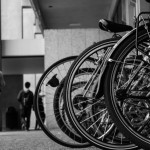 Getting Around by Edward Newton. At Temple University’s Paley Library, the bicycle racks see many different commenters each day. Here, students shuffle to their destinations on Monday, September 30, 2013. 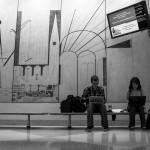 Together by Edward Newton. Two students surf the web in the lobby of Temple University’s Alter Hall on Monday, September 30. 2013. 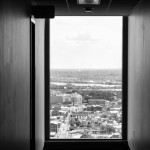 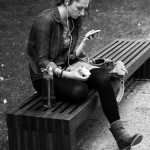 Technology by Jannah Abdul-Aziz. A girl sits on a beach on Temple University’s campus and catches up with a friend using FaceTime in Philadelphia, PA in the afternoon. 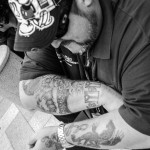 Campus Fashion by Maggie Andresen. Man immediately asks, “Which tattoo do you want, the cancer one?” On lunch break outside Morgan Hall, Monday, September 30, 2013. 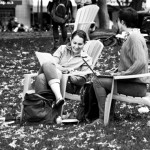 Learning by Weimei Sun. This picture was shoot in front of the library on September 30. 2013. Two girls were studying on grass and they were talking about homework. 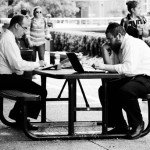 Technology by Weimei Sun. This picture was shoot in the 15th street in Temple University, September 30, 2013. Two men site outside the library, while one of them was using a computer and the other was using an IPad. They used technology focusing on their own things despite that they looked different in the pair. 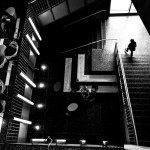 Inside Morgan Hall by Sarah Thompson. Students roam within the spacious stairwell of the most recently built Morgan Hall that hold the speckled steps that lead, and surely reflect their bright future ahead of them. Photo taken at Temple University in Philadelphia, Pennsylvania on Monday, September 30th, 2013. 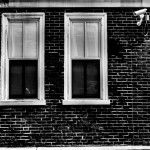 Technology by Sarah Thompson. An alley hidden behind Liacouras Walk at Temple University in Philadelphia, Pennsylvania reflects the positive advancements of technology and security for the students and faculty among the campus. Photo taken on Monday, September 30th 2013. 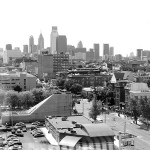 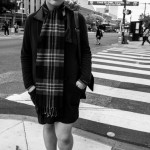 Campus Fashion by Ashley Kim. Jiang Minlen, a 22-year-old junior studying mathematics at Temple University, strikes a pose in his fashionable outfit on the intersection o Broad St. and Cecil B. Moore Ave. the afternoon of September 30, 2013.

Iconic Temple by Susan Dong. People stroll through the busy walkway from the Bell Tower to Anderson and Gladfelter Halls on Temple University’s Main Campus. This crosswalk is a familiar place for many Temple students. 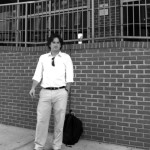 Fashion by Robert Kennedy. A sharply dressed student passes time outside of Fox School of Business waiting for class to begin, Monday Sept. 30. 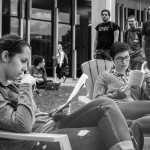 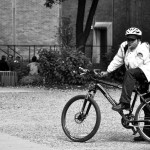 Campus Fashion by Matthew Leister. This Temple University bike cop takes a rest on Monday after a long day on the job Her uniform allows her to stand out among the sea of students and teachers that walk the campus every day.