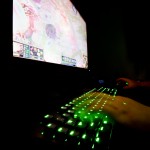 Obsession by Minh Mai. Stephen Kuo, 23, persistently pressing his keyboard playing League of Legend. Many young adults are obsessed with MOBA games and want it to be their career. 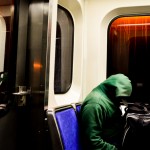 Trust by Phylandra McFaddin. On Nov. 18, 2014, in Phila., Pa., a passenger falls asleep while on the SEPTA Market-Frankford train. Many people who fall asleep while riding on public transportation trust that they won’t miss their stop, get assaulted, or have something stolen. 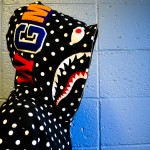 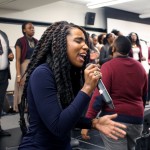 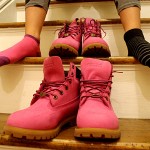 Fad by Mariama Taifa-Seitu. Many young women have purchased the Susan G. Komen collection of pink Timberlands in support of breast cancer research. A Temple student poses with the pair she has in Philadelphia on Nov. 19, 2014.