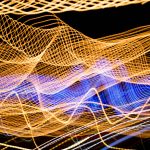 Painting with Light by Sophia D’Angelo. Sophia D’Angelo paints with light by using the available light from string lights hanging in trees and the lights from the city of Philadelphia on Oct. 17, 2017.  She used a two second shutter and moved her camera around to create the pattern. 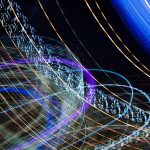 Free Selection by Sophia D’Angelo. Sophia D’Angelo paints with the lights from the city of Philadelphia by using a two second shutter speed and moving the camera around on Oct. 17, 2017. 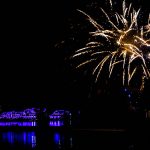 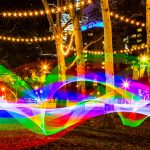 Experimental by Tracy Yatsko. Tracy Yatsko experiments with a pixel stick with her friend, Chip Frenette, at Eakins Oval in front of the Philadelphia Museum of Art on Sunday, Oct. 15, 2017. A pixel stick may seem like magic, but it’s actually very simple to use; plus it’s a lot of fun. 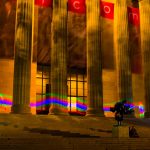 Painting with Light by Tracy Yatsko. Tracy Yatsko captures the Philadelphia Museum of Art in this unique photo using a pixel stick alongside her pal, Chip Frenette, on Sunday, Oct. 15, 2017. A pixel stick helps add creativity and magic to nighttime photography. 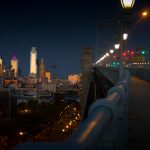 Philadelphia by Nicholas Arnott. A runner takes an early morning jog across the Ben Franklin Bridge towards Philadelphia. October 18, 2017. 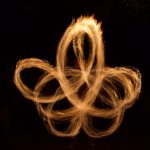 Light Writing by Maggie Loesch. Saffy Winton, 19, spins fire poi in her backyard in North Philadelphia on Monday, Oct. 16, 2017. Poi is a performance art that comes from the Maoir people in New Zealand and is common at electronic music concerts today in the United States. 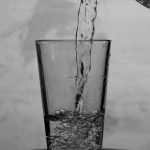 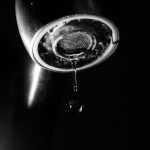 Edgerton-esque by Alia Abu Marzouq. A shot inspired by Harold Edgerton of a dripping tap taken on Wednesday, Oct. 18, 2017. 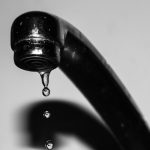 Experimental by Marshall Ellick. A view of a rusty faucet as water trickles out into the kitchen sink on October 18 .2017.