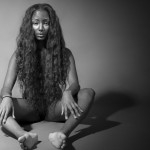 Hair by Tonii Mackie. Yusra Abdul, 20, poses in a studio at the Stella Elkins Tyler School of Art on February 16, 2015. Abdul is a Philadelphia resident who teaches meditation classes to students in West Philadelphia neighborhoods. 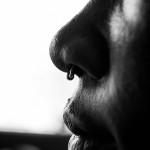 Piercing by Brian Tom. Sophomore biochemistry major Danielle Daniels watches television at Morgan Hall North in Philadelphia on Monday, February 16, 2015. She wears a septum piercing, which she got in August 2014. Daniels said that she is a self-proclaimed piercing addict. 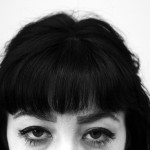 Hair by Elena Iwata. Carly’s jet black hair is cut into a short style with bangs at Talking Headz Salon on February 17, 2015. She has worked as salon coordinator for three years while at cosmetology school and is now transitioning to become a full time stylist. 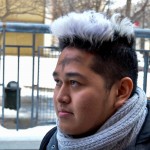 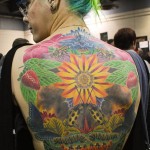 Tattoo by Kamal Elliott. A woman watches a side show during the Philadelphia Tattoo Arts Convention on February 14, 2015. 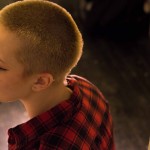 Hair by Rhiannon Wright. Scarlett Pennington, 19, had craved the feeling of shaving her own head for months before finally doing so in October 2014. 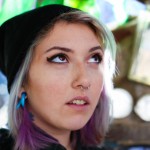 Hair by Jenny Kerrigan. Hailey Sykes, 20, stands on the balcony of her South Philly home, where she works as a self-employed cosmetologist on Tuesday, Feb. 17, 2015. Sykes first became interested in cosmetology when she was in first grade and her mom le her temporary-dye in her hair.