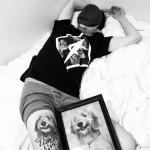 Pets by Dan White. Jeff Kardos, 21, loves his dog Timmy more than most people, so much that he had Timmy’s face permanently inked on his body. Philadelphia, PA on March 11, 2014. 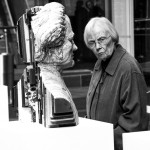 Elder by Dan White. An elderly woman who asked to remain anonymous listens intently to a display at the Kimmel Center as it plays a piece by a classical composer in Philadelphia, PA on March 14, 2014. 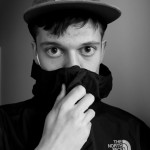 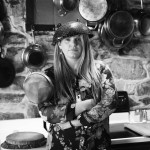 Environment by Morgana Sugzdinis. Katie O’Neil shows us where the magic happens at her house in Frazer, PA on March 13, 2014. Surprisingly Kaite’s specialty is a raw chocolate raspberry vegan cake. “You’re in for a treat if you never tried a no bake cake,” she said. 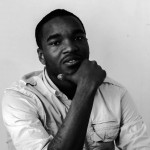 Self-portrait by Vince White. Shot on March 12, 2014, Vince White sports his tan 21 Men button up shirt. Mr. White is an uncle who spoils his niece and nephew rotten. He also enjoys long walks on the beach and playing basketball during his downtime. 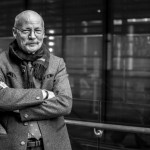 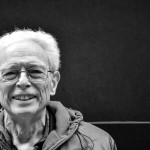 Portrait by Shauna Bannan. William Pepper, 84, shows off his excitement for an eventful day at the Kimmel Center in Philadelphia on March 14, 2014. 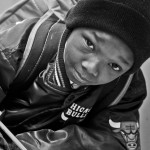 Environmental by Brittany Salerno. Clarence, 11, completes his homework in an alleyway off Broad and 16th Street in Philadelphia on March 12, 2014. “I don’t like the Sixers, I’m from Chicago,” said Clarence when asked about his chosen jacket. 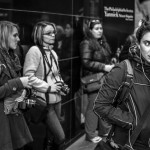 Environmental by Aaron Windhorst. Shelbie Pletz and company stay warm while waiting for an assignment in the Kimmel Center in Philadelphia, PA, on Friday, Feb. 14, 2013. 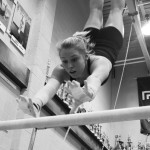 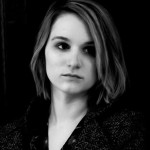 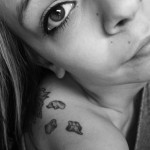 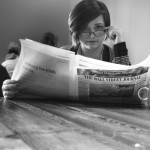 Self-portrait by Brianna Spauce. Freshman photojournalism student Brianna Spause enjoys a copy of The Wall Street Journal over a cup of coffee in Cosi on Temple University’s main campus on March 12, 2014. Brianna reads as often as possible to develop style for her column in The Temple News titled “Caught in the Act.”