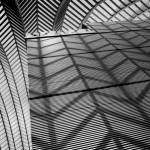 Kimmel Center by Holli Stephens. The 150-foot glass ceiling of the Kimmel Center for the Performing Arts reflects onto another structure in the building in Philadelphia on Sept. 29. The Kimmel Center consists of two different performance halls and is located on Broad and Spruce Streets on the Avenue of the Arts. 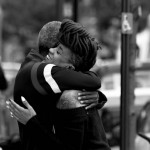 South Street by Liora Engel-Smith. A tender moment on South Street in Philadelphia, Pa., on Oct. 3, 2014. 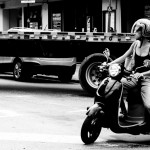 In Harms Way by Ling Zhu. A female bike rider stops by a long truck that crosses the street and blocks traffic on South Street in Philadelphia, Pa., on Friday, Oct. 3rd, 2014. 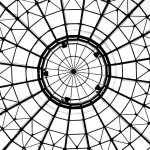 Liberty Place by Carli Conners. A roof made out of windows in a two-story shopping mall called the Shops at Liberty Place, stands high above the shoppers in Philadelphia on Oct. 3, 2014. 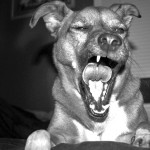 Makes you Laugh by Jared Whalen. Gavin, a mixed breed, yawns after eating dinner in his owner’s Germantown apartment, on Sunday, Oct. 1, 2014. 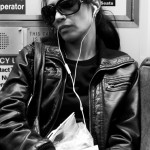 Makes you Cry by Liora Engel-Smith. A woman clutching her dead uncle’s belongings on the Market-Frankford subway in Philadelphia, Pa., on Oct. 9, 2014. The woman’s uncle died earlier that day. 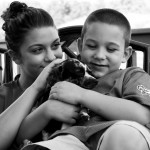