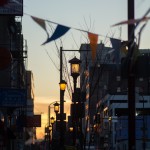 6:58 a.m. by Margo Reed. The Sun rises over the East Philadelphia skyline at 6:58 a.m. on Arch Street in Chinatown, Philadelphia on Wednesday February 11, 2015. 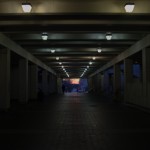 6:58 a.m. by Clayton Tax. A stream of light emitted from the sunrise flows through the tunnel on Pollett Walk at Temple University in Philadelphia Pa on Wednesday Feb. 11, 2015. 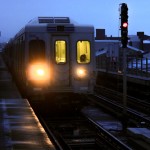 7:02 a.m. by Elena Iwata. The Market Frankford Line approaches the platform at Berks station on Monday, February 9, 2015 in Philadelphia. The Berks Station is located in the Kensington neighborhood of Philadelphia. 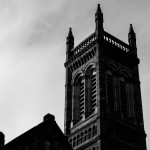 9:03 a.m. by Brian Tom. The Church of Holy Trinity breaks the urban landscape with baroque architecture on the corner of Walnut Street and West Rittenhouse Square in Philadelphia, Wednesday, February 11, 2015. 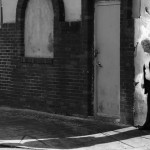 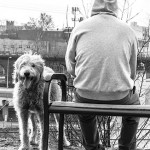 3:06 p.m. by Mary Dominquez. A man and his dog take a break from a hike on the winding roads surrounding the Philadelphia Art Museum on Sunday, February 8th. 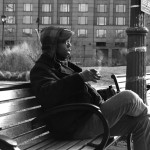 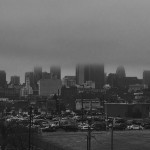 3:24 p.m. by Chip Frenette. Thick fog and freezing rain cover the Center City Skyline that is normally visible from Temple University’s main campus in North Philadelphia. Slippery roads and sidewalks made travel on Tuesday difficult throughout the entire region. 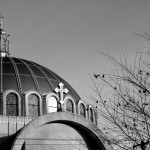 3: 47 p.m. by Breeanin Hansteen. The sun hits the golden dome on top of the church located in the Fairhill neighborhoods of Philadelphia, Pa. February 11, 2015. 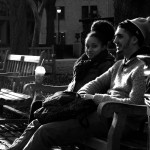 4:32 p.m. by Brian Tom. Andrew Strahler and Zoella Curtis watch joggers walk dogs at Rittenhouse Square in Philadelphia on Wednesday, February 11, 2015. The couple has been together since September. 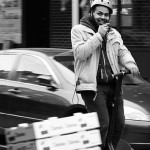 5:14 p.m. by Mary Dominguez. A man leads a Segway tour through the streets of the crowded Italian Market in South Philadelphia on Sunday, Feb. 8, 2015. 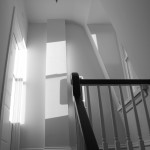 5:20 p.m. by Rhiannon Wright. The top floor of a Jefferson Street apartment building is all clean lines and shadows in the light of the late afternoon setting sun on Feb. 10, 2015. 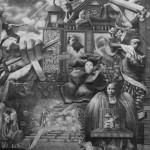 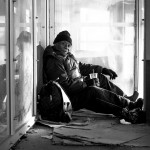 5:33 p.m. by Elena Iwata. A man rests under the shadow of an abandoned building on Broad Street near Temple University on Tuesday, February 10, 2015. 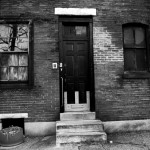 5:59 p.m. by Elena Iwata. An old brick home shows wear and tear on Nectarine Street in the Spring Garden neighborhood of Philadelphia, on Tuesday, February 10, 2015. It sits between a barn and a large abandoned garage on the tiny side street. 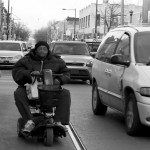 6:08 p.m. by Tonii Mackie. A man rides alongside heavy traffic on Germantown Avenue. He left his Germantown home to pick up goods from a Family Dollar store in the area on Thursday, February 12, 2015. 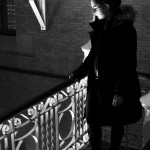