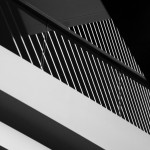 Kimmel Center by Cara Aguado. The balconies and walls of The Kimmel Center in Philadelphia create a painting on Oct. 26, 2015. 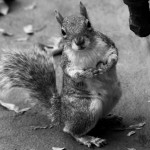 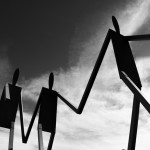 South Street by Cara Aguado. William King’s “Stroll” on the South Street Pier on Oct. 26, 2015. This sculpture was named one of the “12 Worst Pieces of Public Art in Philly” by Philly Mag. 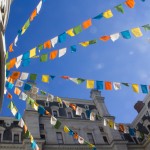 Day of Kindness by Tamas Mizsei. Philadelphia’s City Hall is sunlit and wrapped in flags as part of an art installation on October 26, 2015. 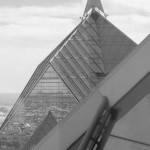 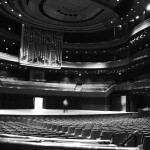 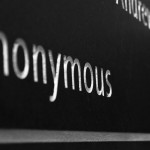 Kimmel Center by Allison Merchant. Names curve around the floor-ceiling wall in the Kimmel Center on Broad and Spruce streets. Underneath the engraved immortal people, the unknown leaves and mark. 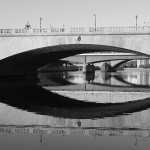 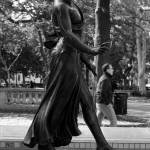 Square by Genesis Encarnacion Luciano. A statue of a woman with movement stands on Rittenhouse Square in Philadelphia on October 26, 2015. 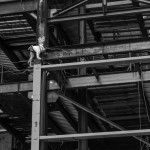 In Harms Way by Joey McDougall. A construction worker, supported by nothing but a metal tether, carefully maneuvers through the skeleton of a new high-rise in Philadelphia, Pa. on October 26, 2015.