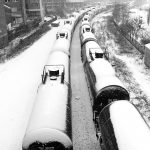 Weather by Kevin Barr. Snow wasn’t going to stop these trains traveling under the bridge at Walnut Street in Philadelphia, Pa. on February 15, 2016. 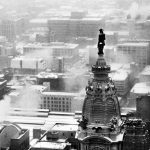 Billy Penn by Ben Marcus. The statue of William Penn looks down at Center City, Philadelphia, on February 15, 2016. 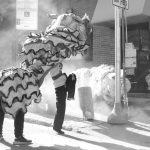 Chinatown by Kevin Wadee. Members of the Philadelphia Suns perform the Lion Dance in front of Pho Cali, located at Arch Street, Philadelphia on Sunday, February 14, 2016. As part of the Chinese New Year celebration, Chinatown features Lion Dances to scare away bad luck and to bring in the new year with prosperity. 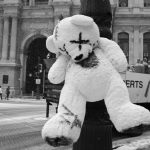 Free Selection by Kevin Wadee. A defiled stuffed bear is tied to the lamppost in front of McCormick and Schmick ‘s Restaurant, Philadelphia on Monday, February 15, 2016. 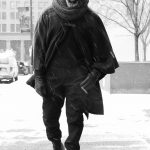 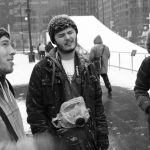 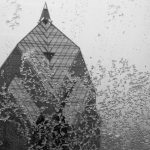 Weather by Jaymi Crowding. Snow hits the window of the One Liberty Observation Deck on Market Street, in Philadelphia, Pa on Monday, Feb. 15, 2016. 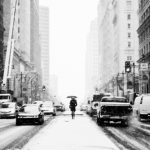 Weather by Khanya Brann. A pedestrian shields herself from the heavy snowfall with an umbrella as she walks down the center of Avenue of the Arts, Monday, Feb. 15, 2016.