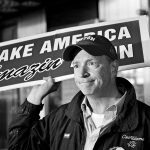 Election Day by Yanis Sicre. A Trump supporter is interviewed by a local TV channel while Trump is getting more and more states during election night in Times Square in Manhattan, N.Y., on Wednesday, Oct. 9, 2016. 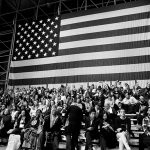 Election Day by Yanis Sicre. Clinton supporters wait for the result of the election at the Javits Center, Clinton’s headquarters, in Manhattan, N.Y., on Tuesday, Oct. 8, 2016. 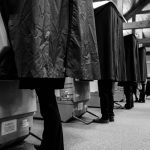 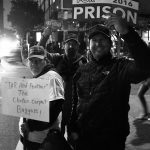 Before the Election by Dominic Barone. Three men peacefully protest Hillary Clinton supporters at her final rally in Philadelphia on Monday, Nov. 7, 2016. 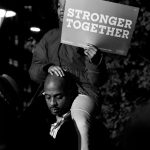 Before the Election by Yanis Sicre. A father and his daughter wait for the Obama and the Clinton families on Independence Mall during the last rally of the presidential campaign in Philadelphia on Monday, Nov. 7, 2016. 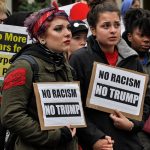 After the Election by Ashley Cordoba. Two Temple University students hold hands as they support their fellow peers speaking about their views on the results of the 2016 Presidential Election. 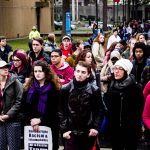 After the Election by Iman Sultan. Students gather to share their feelings on the presidential election at the Bell Tower at Temple University in North Philadelphia on November 9, 2016. 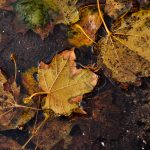 Fall in Color by Ashley Cordoba. Fallen leaves rest in a puddle from the leftover rainfall on Thursday, Nov. 10, 2016. 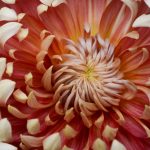 Fall in Color by Elizabeth Duckworth. A chrysanthemum is in peak bloom for Longwood Gardens Fall Chrysanthemum Festival on Wednesday, Nov. 9, 2016. 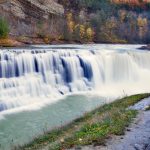 Activity by Yanis Sicre. Letchworth State Park is a 14,427-acre park known for its several waterfalls in the state of New York on Sunday, Nov. 6, 2016. 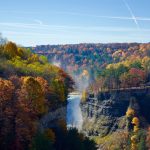 Fall by Yanis Sicre. Known as “The Grand Canyon of the East,” Letchworth State Park is crossed along by the Genesee River in the state of New York on Sunday, Nov. 6, 2016. 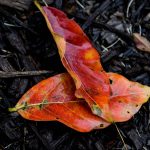 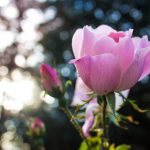 Free Selection by Marlie Derstine. The setting sun illuminate’s veins within a flower’s petal that are busy dispersing water throughout the plant from the rain showers the day before.