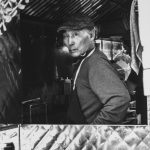 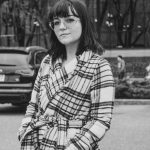 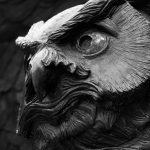 Owl by Justin Patrick Oakes. A large owl statue looks out over the Liacouras Walk on Temple University’s main campus on the afternoon of Friday, March 29. 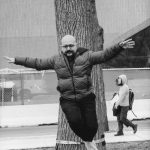 Sweat by Hannah Burns. A man practices tightrope walking at Polett Walk and 13th Street in Philadelphia on March 29, 2019. 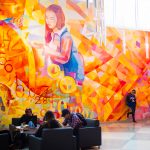 Fox Interior by Taylor Johnson. Students at work in the lower level of Alter Hall in Philadelphia on Feb. 26, 2018. Altar Hall is part of Temple University’s Fox School of Business. 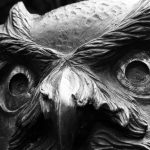 Temple Owl Detail by Jaylah Shannon. Up close and personal with Stella the Owl located in O’Conor Plaza on Feb. 27, 2018. 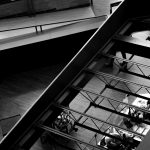 From Above by Camille Simmons. Camille Simmons photographs the top of the Starbuck’s inside of the Temple Student Center from the third-floor stairwell. 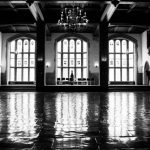 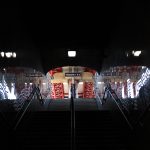 Temple Train Station by Emily Savidge. Temple University’s regional rail service, located on Berks street, serves as a main mode of transportation for many students who commute to campus daily. 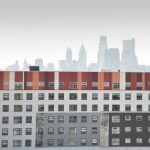 Temple Train Station by Nelson Howard. The View Apartment block stands in the foreground with the Philadelphia skyline in the background. 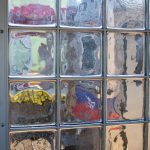 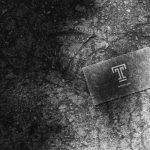 Temple T by Lucy Thornton. A Temple University business card lays forgotten and trodden on along Berks St. just off of the main campus on Monday Sept. 25, 2017. 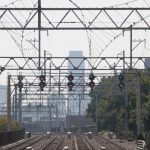 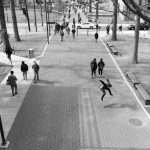 Sweat by Dimitrios Kelepouris. People walk on the pavement between Anderson and Gladfelter Halls while a skateboarder performs his tricks on Monday, Feb. 26, 2017. 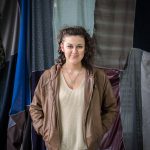 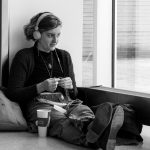 Campus Fashion by Kristof Phillips. A woman sits on the floor of Tyler School of Art in Philadelphia while she talks on her cell phone on Monday, Feb. 27, 2017. 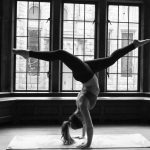 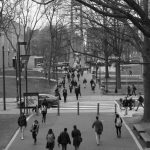 Owl Country by Sonja Nosisa Noonan-Ngwane. Students hustle to and from classes past The Bell Tower in the heart of Temple University main campus on Monday, Feb. 27, 2017. 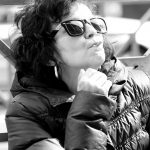 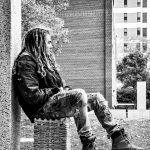 Solitary Student by Ashley Cordoba. Tyler School of Art student, Carson Bohlen, 20, sits on top of discarded egg cartons for a new project he is working on at the corner of Cecil B. Moore and Broad Street on Monday, Nov. 4, 2016. 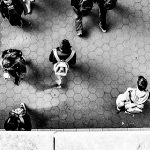 Straight Down by Ashley Cordoba. Students can be seen going about their day looking down from the terrace between two buildings, Gladfelter and Anderson, on Temple University’s campus on Monday, Nov. 4, 2106. 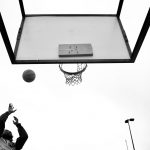 Life on the Margins of Campus, West, by Yanis Sicre. Charles Clark, 21, plays basketball with friends near the Amos Recreation Center in Philadelphia on Monday, Nov. 14, 2016. 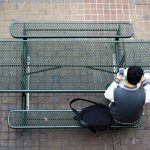 Straight Down by Erinn Kovar. A student takes a lunch break and browses the web on his phone on Monday, Nov. 14, 2016.