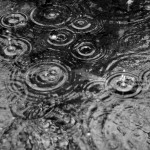 Ambiance by Tabitha Smith. A dreary afternoon on 3/31/14 heralds an early start to April Showers and a hopeful taste of spring as droplets echo across a debris filled puddle between walker and Levik streets on Longshore Ave. in Tacony. 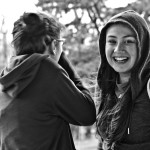 People by Brittany Salerno. Olivia (left) and Heather (right), 13, of Roxborough hang out under a gazebo in Gorgas Park, to keep dry from the rain on March 30, 2014. 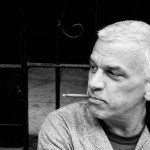 People by Shauna Bannan. Michael Gellock, 45, relaxes with a cigarette after spending the previous night in the hospital with a broken ankle he endured after falling from the roof of an abandoned building on April 1. 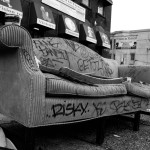 Character by Shauna Bannan. A mustard colored couch covered in graffiti sits on a curb in Kensington after being thrown out for garbage. 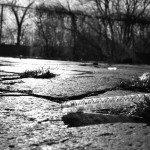 Known for by Shauna Bannan. Commonly referred to as the “Badlands,” Kensington is widely known for its recreational drug use of heroin, crack and whatever else the drug community can get its hands on. 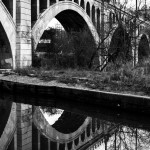 Ambiance by Aaron Windhorst. Reflection of the Green Lane Bridge over the Schuylkill River on Manayunk, PA, on Wednesday, April 2, 2014. 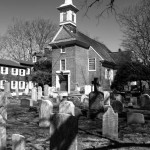 History by Lauren Gruber. Shadows from a tall tree fall over gravestones on the Gloria Dei (Old Swedes’) Church courtyard. The church was founded in 1677 and built from 1698 to 1700. It is the oldest church in Pennsylvania and the second oldest Swedish church in the United States. 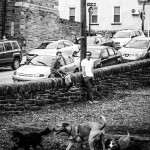 People by Aaron Windhorst. Two young men look after their pets in the Pretzel Park dog park in Manayunk, PA, on Wednesday, April 2, 2014 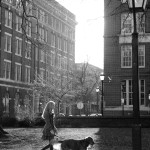 People by Morgana Sugzdinis. As residents walk around Washington Square, one of Society Hill’s Park, Banjo, the golden retriever takes his owner Melissa for a walk on April 1, 2014. 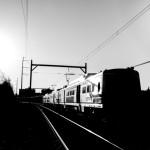 Known for by Dan White. A SEPTA Regional Rail train slowly passing by. The Olney/ Fernrock area is known to many because of the train station where you can transfer from regional rail to the Broad Street Line on April 1st 2014. 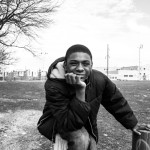 Person by Dan White. Zaire Mashore watches quietly as his friends ride skateboards and bikes at a local playground in the Olney neighborhood of Philadelphia, PA on April 1st, 2014. 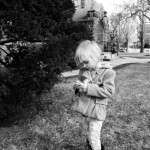 Character by Razz Hargust. Abigail, 3, pulls the petals off of a flower in front of St. Johns Catholic Church in Overbrook, Philadelphia. She was walking with her grandfather when she found the flower on April 1, 2014. 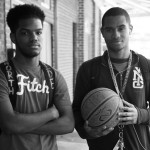 Education by Freya (Yu Du). Nicholas and Terrell plan to play basketball with their friend in the Capitolo playground on April 1, 2013. They are students. 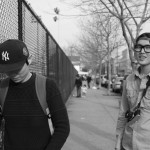