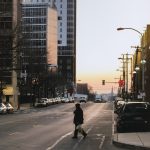 6:59 a.m. by John Malady. A pedestrian walks across Cecil B. Moore Avenue as the sun rises on Wednesday, March 20, 2019. The man for whom the street is named was a highly influential lawyer and activist during the Civil Rights Movement in Philadelphia, while also being a graduate of Temple University. 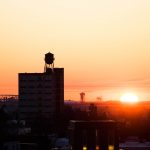 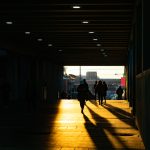 7:30 a.m. by Jeremy Elvas. Commuter students coming off the train walk through the tunnel between Anderson and Gladfelter Halls at Temple University Main Campus on the morning of Wednesday, March 20, 2019. 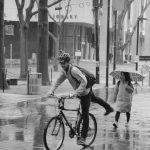 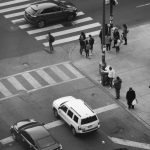 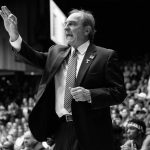 10:06 p.m. by Justin Patrick Oakes. Temple Men’s Basketball head coach Fran Dunphy calls a play to Senior Shizz Alston, Jr. during the final minutes of Temple’s loss to Belmont University on the evening of March 19. 2019. The loss marked Dunphy’s final game as Temple’s head coach and his 17th loss as a head coach in the NCAA Tournament.