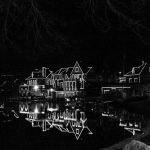 Boathouse row by Marie Angele Zoungrana. The lights of Boathouse Row shine on March 26, 2019. The dam was built in 1821 and is a fundamental part of Philadelphia’s history. 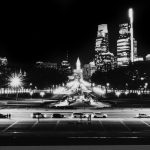 City Skyline by John Malady. The Philadelphia skyline, viewed from the steps of the Philadelphia Museum of Art, is illuminated by the lights of Spring Garden Street on Wednesday, March 28, 2019. 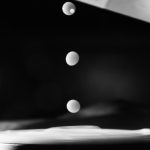 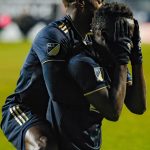 Free Selection by Justin Patrick Oakes. Philadelphia Union Forward David Accam (7), right, cries as he is hugged by Forward Fafa Picault (9), left, after scoring the first goal in the Union’s 3-0 win over Columbus Crew SC on Saturday, March 23, “It was an emotional night for me because I lost my dad last week,” Accam told media members. “Today was all about my dad, trying to play for him, and I know he is up there looking down on me.” 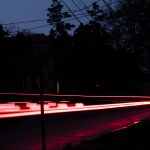 Illusion of Movement by Justin Patrick Oakes. A driver repeatedly taps their brake lights while driving down Crescent Avenue in Lafayette Hill, Pa. on the evening of Monday, March 25. 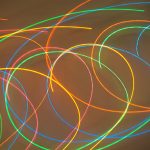 Painting with Light by Madison Noone. Madison moves her camera around quickly as she takes a photo of a rainbow light in Philadelphia on Thursday, March 28, 2019. 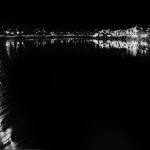 Illusion of Movement by Alexis Ensley-Gregg. On a cold Tuesday night, of March 2019, the lights of Boathouse row flicker over the Schuylkill River causing the water to shine as it flows. 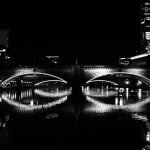 City Skyline by Jeremy Elvas. The John F. Kennedy Boulevard and Market Street Bridges light up the Schuylkill River in Philadelphia, PA on the evening of Tuesday, March 26, 2019.